An Africa so close and the magic of the desert 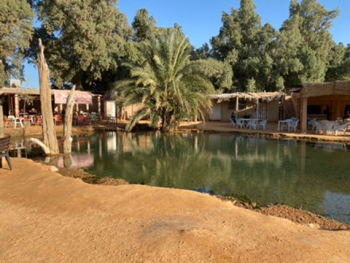 In collaboration with Moto & Turismo On / Off Road A road tour, from North to South and return that will make us discover fascinating landscapes that were previously accessible only through challenging sand tracks and open to all motorcyclists even with passengers, motorcycles of at least 500cc. Tunisia encompasses all the essence of Africa at a few hours of sailing, mountains, vast expanses, chott (salt lake) and dunes. Along the way we will visit Hammamet Tozeour Douz Ksar Ghilane Matmata El Jem 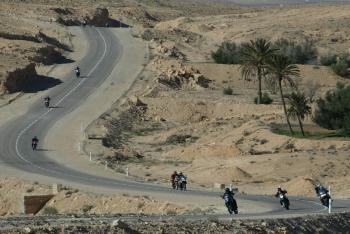 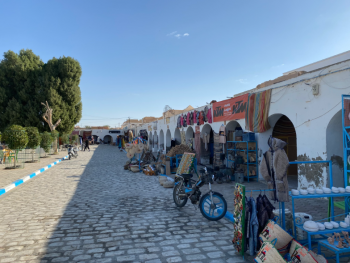 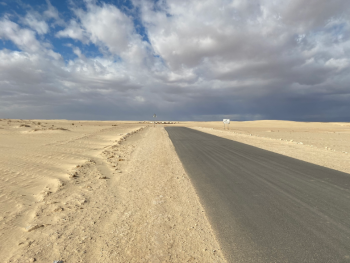 We set off for Tozeur approaching the desert.

We will walk the tunisia internal roads passing through Kairouan and the oasis of Gafsa, a city famous for its Roman stone basins and its brightly colored curtains.

Tozeur city born from the desert will surprise you. The burning light of the Sahara pours into the narrow streets of the old quarters, among the tall sand-colored brick facades. The dunes of the Sahara are just a few kilometers away ... ..

Today, a day full of emotions.

This region has such a special landscape that it was chosen for the Star Wars set. Near Nefta we walk among the scenes of the film live.

We continue to the Mountain Oasis with the hairpin bends.

Later we cross the gigantic Chott el-Jerid in a straight of 50 km, an ancient inland sea almost entirely dried up, covered by a salt crust of shining whiteness and iridescent colors that extends for over 5,000 km² in a strong depression of the ground .

Arrival in Douz "the door of the desert" is the oldest oasis in Tunisia.

Day dedicated to discovering the magic of the Sahara.

We travel on a strip of asphalt in the desert.

Once in Ksar Ghilane, an oasis with a warm water pond, we will stay in a luxury tented camp in the middle of the dunes.

We live an atmosphere out of time, the true essence of the life and culture of the desert, relaxing in good company.

From the desert we leave again to face winding and amusing roads among mountain canyons.

Stop and visit to Matmata, a typical Berber village with troglodyte dwellings.

Departure to the island where Ulysses met the lotus eaters.

Connected to the mainland by an ancient Roman bridge, Djerba is an obligatory stop before returning.

The island offers long beaches of fine white sand, lapped by a clean and crystal-clear sea, where you can relax and take a bath.

We will go up the Tunisian coast with lunch by the sea and visit El Jem, an ancient Roman amphitheater and the most impressive African monument of Western culture.

Visit to the city and its medina.

Departure for the port.

Arrival at the port of Genoa around 8pm 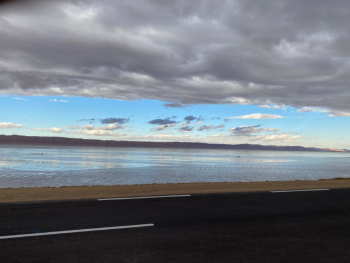 Transfer to Tunisia by sea A / R in a double cabin.

Overnight in Hotel / tented camp in a double room.

Breakfast at the hotel

Lunches along the way

REGISTRATION DOES NOT INCLUDE

Extras and everything not specified in the program